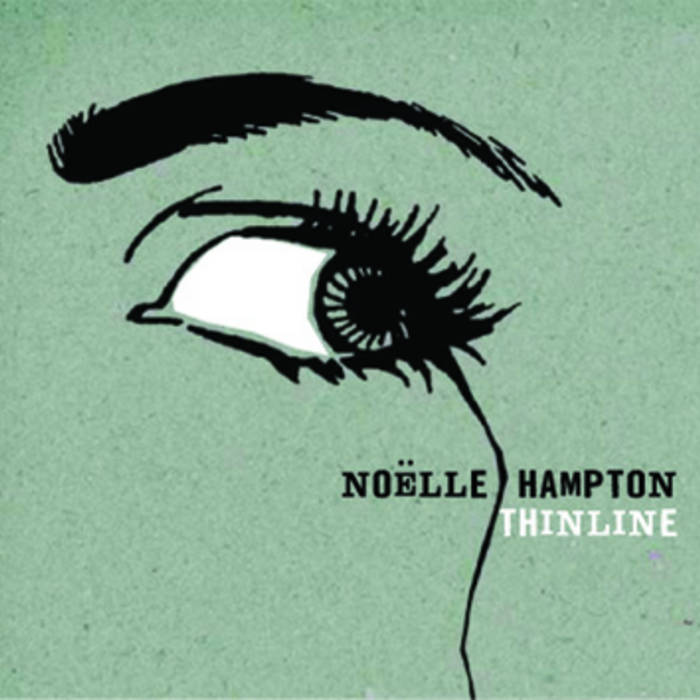 This Is Rob Young

"Fat, gorgeous melodies; lyrics you can read like poetry, or that sound like whispered confidences. Understated, elegant arrangements and playing. Lovely vocals from Noelle Hampton. It’s a near-perfect package of words and music, of soul and inspiration." -Ben Fong-Torres (former editor of Rolling Stone)

Frustrated with college, Noëlle Hampton left San Diego and headed back to the San Francisco Bay Area. While on vacation she picked up her dad's guitar and taught herself 3 chords and by the time everyone came back into the cabin she was singing them a Dylan song. She bought her first guitar at age 19, began writing music and about a year later she got up on stage at an open mic to sing in front of an audience for the first time. She was hooked.

Only a few years later she won a coveted slot at the Lilith Fair by competing against almost 1000 entries and got to perform onstage with Sarah McLachlan, Natalie Merchant, The Indigo Girls and so many more. She found herself in a media whirlwind and had the amazing opportunity to open for huge National Acts including Chris Isaak, Richard Thompson, John Hiatt, Wilco, Jewel, Pat Benatar, Sarah Mclachlan, Train, Joan Armatrading, Paula Cole, LeAnn Rimes, Garrison Starr, Graham Parker and others. Amidst all of this she was nominated for a California Music Award for Outstanding Female Singer along with Gwen Stefani and Tracy Chapman. She was asked to perform at the event with Chuck Prophet and Green Day. Being an independent artist, all this seemed pretty miraculous, however, the most amazing event was yet to take place.

She arrived home one day to a message on her machine asking if she would like to open up for BOB DYLAN that next weekend. "At first I thought someone was messing with me," she says, "then I thought, HOLY *#!@, this is real!" It was an unbelievable experience and the ‘Bob Dylan audience’ embraced her right away. She felt as if had arrived into a pretty amazing place in her career, and all on her own.

Noëlle has always been an artist with a huge spirit and love for being on stage. "It's amazing when you can get hundreds or thousands of people to feel the same emotion at the same time" she says. She writes real, emotive songs that tell stories taken from all of the experiences within her own life. People of all ages and backgrounds can relate to the simple, yet poignant lyrics and the beautiful melodies that this artist generates.

She met her husband/guitar player, André Moran, fairly early on in her career and they realized right away that they had a sound together that was huge and lush and set them apart from other songwriters. Their influences come from artists like Patty Griffin, Tom Petty, U2, Daniel Lanois, Mark Knopfler and more, and they blended all of that love for a big, beautiful sound with their own rootsy-rock. This combination has been a juicy delight to audiences all across the country. After touring for a while, Noëlle and André settled down in Austin where they set to work rebuilding the musical spark they had created in San Francisco.

Her music has been heard on AAA stations, College and Satellite radio, and her song, "Here On The Ground" from 5 For The Road, was featured prominently in the Prime Time television show, Men in Trees. Noëlle and André also created the entire score for two short films, including "Big Love" featuring Sam Rockwell, Mary McCormack and Emma Roberts. She was also featured in an all-star musical cast for Apple's iTunes first commercial with Aimee Mann, Jeff Tweedy, Michael Penn, Ziggy Marley, Barry White, Dwight Yoakam, Iggy Pop and more.

The new CD, “Thin Line,” was produced by Mark Hallman (Eliza Gilkyson/ Carol King/ Colin Gilmore/ EricTaylor etc.) at Congress House Studios in Austin, TX. Noëlle and André had the best studio experience of their life working with Mark and the stellar lineup of musicians that contributed their talent including Rick Richards(Ray Wylie Hubbard), Teal Collins(The Mother Truckers), Brian Standefer(Alejandro Escovedo) and Michael Ramos(Patty Griffin). For the first time, Noëlle and André were able to step out of the producer role trust someone else with the vision of the songs. Mark had a way of taking the intensity of Noëlle’s material and bringing a lightness and simplicity to it, creating a CD that you want to play again and again.

ABOUT THIS CD:(Note from Noëlle & André)
This was the first time we let go of the reins and brought in someone else to produce. It was such an amazing experience working with Mark Hallman and we love what came out of it. We weren't trying to re-invent the wheel... we just wanted big, lush, beautiful recordings of what we do naturally. We hope you enjoy it!

Bandcamp Daily  your guide to the world of Bandcamp